Abstract: Phishing Attacks are a type of social engineering attack which aims to steal victim’s credit card numbers, credentials, and personal information by using victim’s curiosity and fear emotions. On these attacks, attackers send link with a text which triggers the victim's curiosity and fear emotions. If victim panic with the text inside attack vector and click the link, then victim connects to so-called web server or site which looks like a real web site but actually under control of the attacker. By filling the HTML forms inside the so-called web site, victims send their credentials unwittingly not to the real web site but actually to the attacker. In this study, we focused on phishing attacks with Turkish text in it. The data that we have used in that study contains not only Turkish phishing emails, but also Turkish phishing SMS and tweets that we gathered from the internet during the study. Focusing on Turkish texts inside the attacker’s attack vector, with Logistic Regression Synthetic Minority Over-Sampling Technique (0.923) F1 score has been achieved on our imbalanced dataset which we have created that can be used in other academic researches. 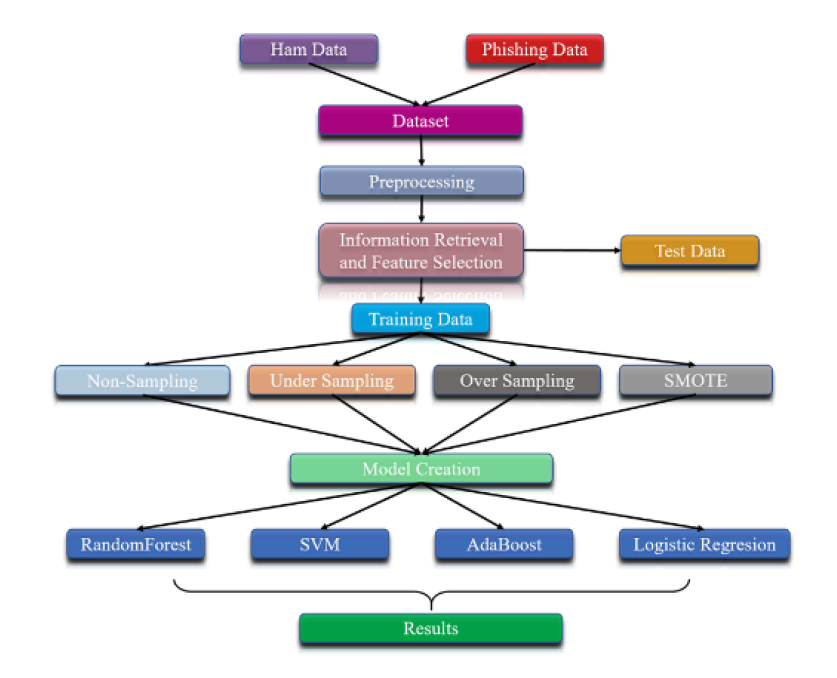